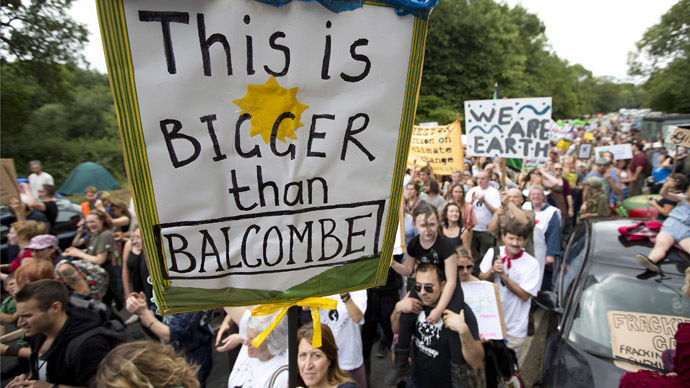 Local Councillors have seen a surge in contacts from residents this week, who are rightly very concerned about leaked government proposals to take decisions on fracking schemes out of the hands of local councils.  I’d like to reassure all residents that we take these dangerous and undemocratic plans very seriously and are determined to present a unified, robust response at both local and national level.

The Green Party remains completely opposed to fracking.  Keith Taylor as our region’s Member of the European Parliament (MEP) and Caroline Lucas as the Member of Parliament (MP) for Brighton Pavilion all oppose fracking.  When the Greens ran the City Council, we were one of the first councils in UK to declare ourselves a ‘fracking-free zone’ and all Green Councillors remain firmly committed to that position.

An attack on democracy

Just before Christmas the Conservative Government introduced The Onshore Hydraulic Fracturing (Protected Areas) Regulations 2015 without any parliamentary debate, to allow fracking under Britain’s national parks and sites of special scientific interest (SSSIs). This is contrary to commitments by ministers in January 2015 that fracking in national parks would be banned outright.

Now, leaked proposals outline the Government’s intention to classify fracking schemes as “Nationally Significant Infrastructure Projects”. This would give the government Planning Inspectorate final say over decisions and would allow them force through fracking schemes against local authority wishes.  According to the leaked document, this is part of a wider government strategy to foster a ‘maturing shale gas production industry’ within 10 years.

These proposals are the Government’s response to Councillors around the country who have repeatedly stood up for their local population and their local environment and refused to allow fracking in their area. If this is allowed to happen, it marks a massive attack on local democracy. It also flies in the face of promises by Conservative government ministers to devolve greater powers to local communities.

An attack on the environment

Fracking risks potential contamination of our fresh water supplies in the South Downs as well as rivers and the environment. Studies conducted on fracking by the Environment Protection Agency in the US also indicate that fracking can cause earth tremors. In the UK, a study commissioned by Cuadrilla itself found that fracking was the likely cause of an earth tremor in Lancashire in 2011.

What is the alternative?

Fracking will only provide a few years of energy but could come at a colossally high price. Even if it could reduce costs, I don’t believe for one second that the energy companies will pass on any savings to the customer.

It is extremely short-sighted when there is so much potential in cleaner, greener energies. We only have one planet, and as we are now witnessing the effects of climate change it’s clear we desperately need a new approach.

Forget the false promises being made by shale gas.  What we need is to invest in the renewable energy industry instead, with a Green New Deal which can cut greenhouse gases and employ thousands at a period of time when we have never needed both more.  Renewables are the future – a stable, secure investment which would position us extremely favourably in an uncertain economic climate.

As the Convenor of the Green Councillors on Brighton and Hove City Council, I am working with my Green Party colleagues, Caroline Lucas MP and Keith Taylor MEP to resolve how we best oppose this dangerous move from government.  This will include writing to central government as a clear first step.