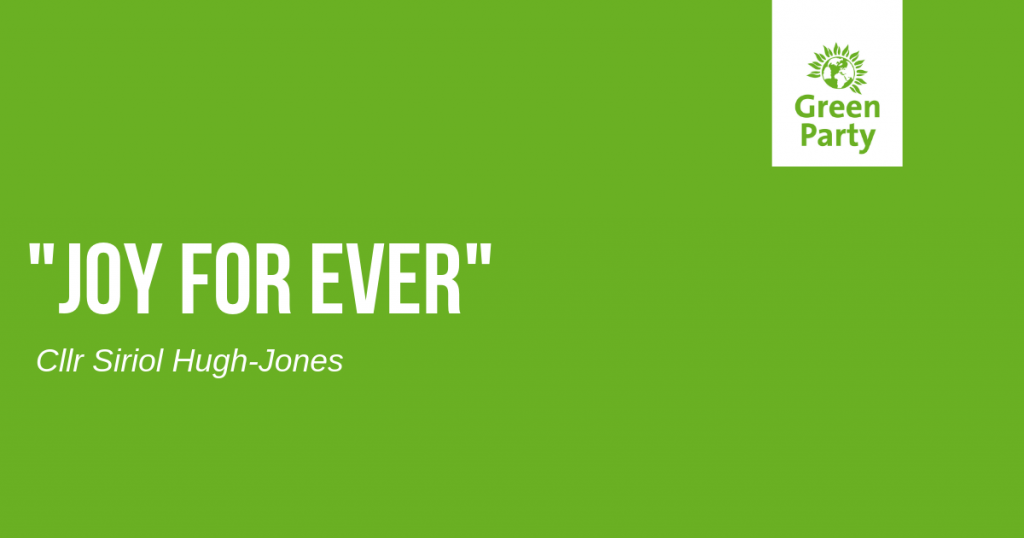 This post has been written by Cllr Siriol Hugh-Jones, councillor for Preston Park Ward.

While in Manchester last weekend I visited the “Joy for Ever” exhibition at the city’s Whitworth Gallery. With International Museums Day at the end of the week, the visit made me consider the social and educational purpose of museums and their role in generating new ideas.

“‘A Joy for Ever’ (and its price in the market)” was the title of a publication by the author, artist and social critic, John Ruskin, which combined two public lectures he gave in 1857. Much as today we are wary of zero-hours contracts, exploitation and pressure on salary levels in globalised markets, so Ruskin was critical of free market capitalism, industrialisation and its dehumanising effects. The “things of beauty” Ruskin referred to in his lectures were the works of art in public ownership which were not generally available for public view. But this is also a reference to John Keats, for whom “A thing of beauty is a joy for ever”. Keats’ “things of beauty” were “the sun, the moon/Trees old and young … daffodils/with the green world they live in”. Thus, in a way, Ruskin and Keats were looking at what are, incidentally, the two main tenets of today’s Green Party – social justice and the environment.

The Whitworth show begins with an exploration of how its collection of artworks can be put to social use. An age-friendly group of regular visitors to the museum and Year 9 pupils from a school in Blackburn were asked to select paintings – a personal favourite of mine being one by Maggi Hambling. The groups used the opportunity to protest against current educational and community policies (the English baccalaureate in particular, since it ignores the creative arts). This coincides well with Ruskin’s own views on the social value of art and the belief that art should be publicly available. In this particular case, an interest in art has had the knock-on effect of bringing together people from different generations.

Closer to home, the Brighton Museum has been bringing different communities together for some time with its programme of themed free days. These include celebrations around Refugee Week. This year will be the third year the Museum and Pavilion have hosted a day of different art, theatre and music workshops, storytelling, films, games and performances celebrating the different refugee communities who have made their home in and around Brighton & Hove. Last year the day included a workshop by the Phosphoros Theatre in which participants were encouraged to explore what drives people to seek asylum thousands of miles from home. They looked at the agonising choices refugees face about what items to take with them. What do you choose when you are forced to leave almost everything behind?

Museums as a way of learning

Which leads me on to museums as a way of learning. They teach us not just about other people and cultures but also about ourselves and what makes up our own culture. They bring it alive. Sometimes almost literally. Since 1985 the Archaeology Collection at Brighton Museum has included the skeleton of an Anglo-Saxon man found during the emergency evacuation of a burial site in a residential area of Brighton. The skull was used to create a facial reconstruction and the result – with the incredible detail of a swollen lip due to an abscess above one of the front teeth - is now exhibited in the Museum alongside the original skull.

Museums provide space for contemplation, thought and exploration which in turn leads to new ideas. They are frequently a source of surprise and delight. Last year’s exhibition at Brighton Museum celebrating the 40th anniversary of Raymond Briggs’ book “The Snowman” was next door to Hans Holbein the Younger’s painting A Lady with a Squirrel and a Starling (Anne Lovell?). It is an unlikely juxtaposition but, to my mind, this “outside the box” approach is precisely what encourages the development of fresh ideas.

But finally, let’s return to Ruskin. One of the exhibits at The Whitworth is a small study of clouds. Ruskin drew or painted every day and produced many such cloud studies. His frequent observations meant he noticed a change in the cloud formation caused by what we now know to be carbon emissions. A hundred and fifty or so years later we are only just beginning to learn that lesson. If others had not overlooked what Ruskin saw at the time, the world might be very different.